A couple of months ago, I put the commonly used defeater phrase, “That’s just your interpretation” on trial and found the integrity behind its typical usage woefully lacking. Essentially, those who resort to using it, although I hope they are unaware of such a reality, are acting against the love of both neighbor and God. That previous post was a focused critique, but now I would like to pose a more loving and thought provoking way forward by encouraging the use of a variety of questions in place of that conversation stopper.

1. What do you think is the greatest weakness of that interpretation or perhaps what is the most difficult passage for you to interpret in light of this one?

I believe this is a good place to start as it keeps the interpreter in question in control of where they go from here. It allows them to show an awareness of opposing views and their own knowledge of alleged defeaters. Often, their ability to navigate these “weaker” areas may be enough to satisfy the questioner or, if nothing else, reveal that they are not holding to their views due to mere ignorance, stupidity, or bigotry.

2. Does that interpretation not only fit in with the immediate context of the passage it is pulled from, but also with the entire narrative or epistle it is taken from?

This is a far too neglected area of consideration when faced with interpretive differences. I fail to remember who said it, but a smarter man than I once quipped, “Every heretic has his text.” There is a “proof text” for nearly every heresy imaginable, but many of these interpretations are easily seen to be misinterpretations by simply looking into the entire argument the author made from beginning to end.

Let’s look at an example to see how this is helpful as I find this to be a major problem in all areas of Biblical interpretation: a Jehovah’s Witness may try to use John 14:28 (and their official site does) as an argument that Jesus is not fully God as he states that “the Father is greater than I.” But if looked at within a wider angle of John’s entire Gospel (and the entire Bible I might add) we can see that John simply can’t mean greater in the sense of being. His entire Gospel is packed full of statements making Jesus equal with the Father. From the beginning of his Gospel John writes that in the beginning Jesus (the Word) was with God and was God and that apart from Jesus not a thing was created. (John 1:1-3) Jesus literally exegetes the Father. (John 1:18) He claims the name “I AM” used for God in Exodus 3:14. (John 8:58) He “and the Father are one.” (John 10:30) He receives worship which only God can. (John 9:38) Indeed, he who has seen Jesus has seen the Father. (John 14:8) It’s no surprise then that John ends the main discourse of his narrative with Thomas crying out “My Lord and my God!” (John 20:28) By looking closely at the entire work written by John, it becomes crystal clear that one of his main points is to state the equality of Jesus with the one and only God, anything else becomes ludicrous to believe from within a second-temple Jewish framework, therefore the one interpretation we cannot entertain of the text in question is to state the wretched Arian heresy that denies the fullness of Christ’s deity. (Col. 2:9)

This brief example shows how reframing our phrase with a question can bring us back to Scripture and hopefully to a more faithful interpretation.

3. Is that interpretation consistent, not only with the individual book, but with the entire narrative and teachings of the Bible?

In a similar fashion, and as briefly mentioned above, we need to ensure that our interpretations are faithful to all of Scripture. As Christians we believe that all of Scripture is inspired and is truthful (II Tim. 3:16-17, John 17:17), therefore Scripture cannot contradict Scripture. If an interpretation cannot make sense of other Scriptural statements it is rightfully questioned.

4. How does that interpretation fit in line with a systematic understanding of the topic at hand?

Following from that, we must understand how an interpretation fits into the entire Biblical revelation of a certain topic. It takes a careful study of all relevant passages on a topic to faithfully determine the full teaching of Scripture on that topic.

Let’s look at another brief example in which we see this error committed by a theologian that I admire. (He will remain anonymous) This pastor looks at the Gospel of Mark and sees that Mark added no qualifier on the prohibition for divorce taught by Jesus. From that observation this pastor determines that there then cannot be any Biblical reason for divorce; any other passages must be read in light of this one. Yet, that interpretive move wreaks havoc on the Bible as it privileges one human author over another and then forces a lens of interpretation upon the others. Matthew adds the qualification allowing divorce for sexual immorality, and Paul, who is dealing with a different type of situation, adds another. Using those same Gospel authors we see another example of this when Jesus states that no sign will be given to his generation in Mark and this is qualified in Matthew with the sign of Jonah. The qualifier is not coming into conflict with the unqualified passage but merely adding a more detailed description, both statements are true in the same way that it is true for me to say that “I am going home after work” and “I am going home after work, but stopping for gas first.”

5. Do you think Jesus interpreted Scripture in a similar way that you are doing?

I’ll never understand Christians who don’t look at Scripture the same way Jesus did. Did he state that something was historical? Then it was. Jesus is constantly rebuking others for not understanding the Scriptures properly. If an interpretation is made that appears inconsistent with the lens that Jesus used to interpret then it is rightfully questioned. Worse still are those interpretations that directly, and knowingly, oppose Jesus’s stated interpretations. This kind of question challenges such moves and may recenter the debate around this very important starting point.

6. Do you believe that your interpretation reflects a greater fear of God or of man?

“How can you believe, when you receive glory from one another and you do not seek the glory that is from the one and only God?” (John 5:44) Jesus just tells it like it is. What is driving a certain interpretation? Is it fear of looking foolish before man? Or is it fear of dishonoring the one and only God? The former is sin, the latter is faith filled. This question can make us consider our methods and driving factors.

7. In what ways do you think that our current culture could be influencing your interpretation and have you considered the historic arguments against it?

Everyone’s interpretive methods are influenced by many factors and one of those is certainly their immediate surrounding culture. This is why other distant Christian voices are so vital to faithful interpretation. If the wider Christian world is staring at us with their mouths agape as they gaze at the wayward nature of our hermeneutics and exegetical moves we should be worried. Even more, if we fall victim to Lewis’s rebuke of chronological snobbery and fail to learn from those brothers and sisters who have walked and interpreted before us we are most foolish as the Holy Spirit has been at work in all generations of Christian faith.

This list of questions is by no means exhaustive and what should be clear from my descriptions is that they are not designed to merely agree to disagree. They will hopefully cause further discussion, greater reflection, increased study and more time seeking the truths of God’s revelation. I, for one, think that result is far better than simply ending the conversation with “That’s just your interpretation.” 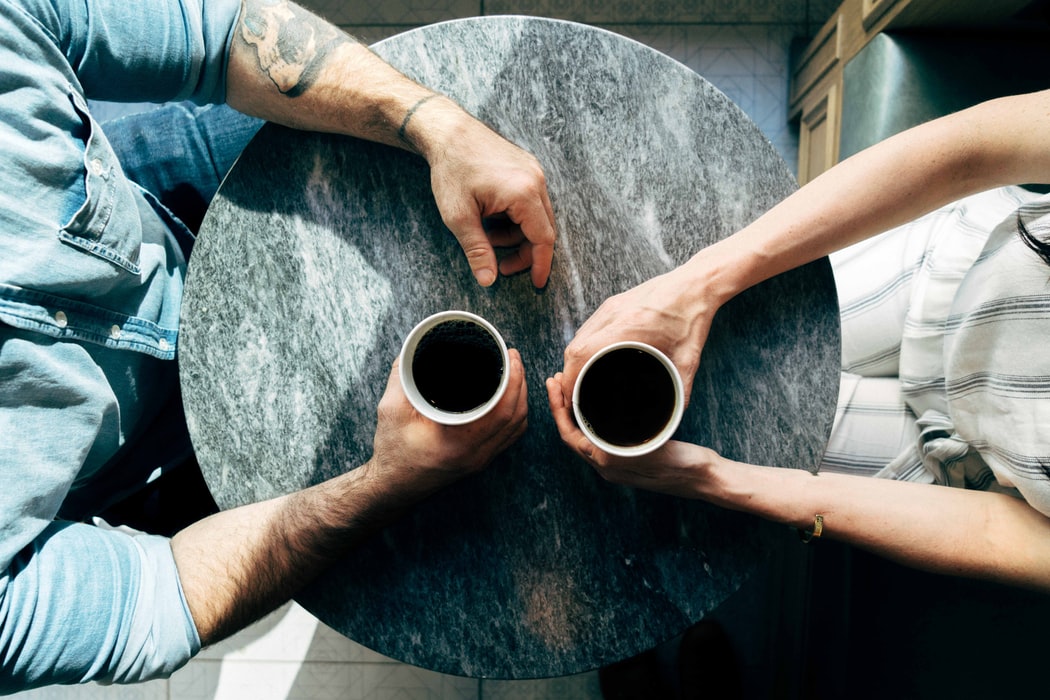 Photo by Joshua Ness on Unsplash

Various reflections on the Christian faith, with a particular emphasis on the intersections between science and faith. As well as a bit of creative writing occasionally thrown in from time to time. View all posts by Chandler