Recently, I have been around a couple of conversations regarding free will, particularly in relation to soteriology. (the study of salvation) While not looking to specifically argue any position in this post, I have noticed a trend around these arguments that I disagree with greatly and that finds itself outside of the soteriological argument. Essentially, what I keep witnessing is a Christian holding to position X will state their position with some Scripture used to defend it and another Christian holding to counterposition Y will immediately argue against position X due to what they see as a philosophical problem with position X while not taking on or specifically addressing the Scripture used to defend position X nor even providing Scripture to defend their own belief.

Here is an example:

Reformed Jack: “Look Jill, due to what I believe to be a clear interpretation of Ephesians 1:4-5 and Romans 9:11-24 and various other passages and a systematic understanding of God’s redemptive work as revealed in Scripture, I believe that man is saved by a predestined act of God, beyond mere foreknowledge, and without that act man would not be saved and would remain dead in their sins 100% of the time. Simply put, God chooses us and gives us a new heart which in turn enables and enlightens us to chose Him but only after He acts first.”

Armenian Jill: “Silly Jack, that can’t be right because that would affect human free will.”

Putting my personal position aside, why do I think this reply by Jill is such a problem? It is because of the reason given for why Jack’s interpretation could not be right. (don’t get me wrong, this error could happen on either side whether Reformed, Armenian or something else) What I think would result in a much more productive and faithful conversation for two Christians would be a response from Jill that looked something like this: “Silly Jack, that can’t be right because I Peter 1:2 says that God has predestined by His foreknowledge and I Timothy 2:4 says that God desires all men to be saved. Those verses seem to go against your interpretation. Furthermore, Joshua 25:14 seems to imply free choice in regards to serving Yahweh, does it not? Therefore, my position is correct.” Do you see the massive difference there? Instead of bringing a philosophical objection to the text Jill now seeks to argue within Scripture. What has God said? Where is the Scripture most clear? How do we make sense of the surface level differences in God’s inerrant Word? Whose interpretation allows for a more faithful and systematic understanding of God’s word? Which passages are more directly didactic? With this response Jill is not saying: “my mind and reason will not let me believe that”. She is not saying, “my heart can’t think that is true”. I believe this type of Scripture strategy is a much more faithful method of argumentation for Christians to maintain.

Does this mean that Christians should not engage philosophically? By no means! What I am here arguing against is coming to the Holy Scriptures with an attitude and mindset that puts our reason and emotions over any possible interpretation of the text. We are men and women, we are human, may we remember that God is holy, He is separate. May we not make the mistake of thinking He was just like us. (Psalm 50:21) His Word must guide our philosophy, may it never be that our philosophy guides His Word. 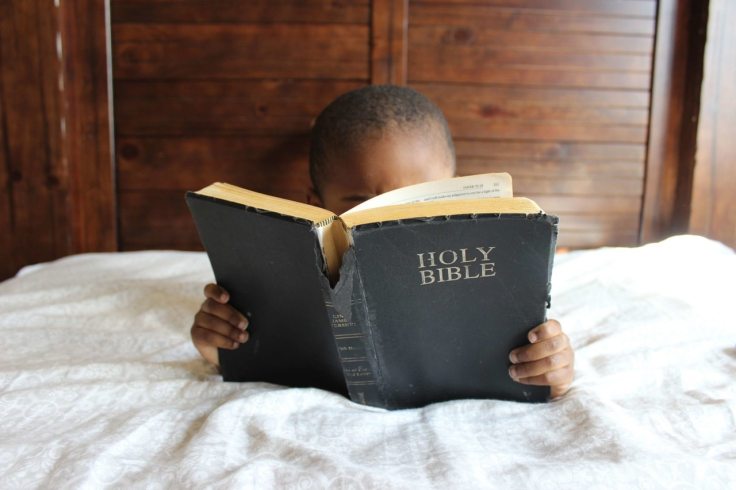 Photo by Samantha Sophia on Unsplash

One thought on “Debate Scripture with Scripture”