Maybe you’ve heard something like this before: “Mark is the earliest of the gospels, therefore this manuscript contains the best evidence for what the early Christians were concerned about, and surprisingly he had little to no concern about the resurrection of Jesus Christ, as is clearly seen in the short and abrupt ending of his narrative.”

The above statement has several points of truth, but one blatant fallacy. For starters, the vast majority of scholars, no matter their other alignments, place Mark as the earliest gospel that we have. There is significant debate about the possibility of Mark having used an earlier “Q” source for much of his material, which is really insignificant in my eyes as Luke affirms that there have been many such reports (Luke 1:1-4), and whether or not he is referring to more than the canonical gospels should matter little to the Christian who trusts that the Holy Spirit was active in the formation of the Biblical cannon. In addition, the years separating Mark from Matthew, Luke, and, I would certainly argue, John, are minuscule and to believe that meticulous writers such as Matthew, Luke and John were exaggerating and inflating their own narratives is found wanting by the weight of evidence against such a proposal. Before moving on, the final consideration that should be remembered with the resurrection and early Christian beliefs is certainly the statements made in I Corinthians 15, which is, without a shred of dispute, dated no later than the 60s, and more than that, many scholars of various schools believe that the highly focused text on the resurrection is an early Christian creed which pre-dates Paul’s own conversion. Early Christians as a whole, no matter what we’ve determined about Mark (see below,) without a doubt, had a focused centrality around the resurrection.

The second point that should be affirmed from the initial statement is that Mark does in fact have an abrupt ending. It is my firm conviction that Mark 16:9-20, along with John 7:53-8:11, should not be in our Bibles as they are the two “large” sections that have clearly been added into the manuscript record. Such passages have no right to remain in the Christian Scriptures. Therefore, the above statement is correct in describing the ending of Mark as abrupt. Some believe that part of the early scroll was destroyed which has resulted in the abruptness of the ending and, although this is not implausible, even from a conservative position (cf II Kings 22), I find the evidence insufficient for such a determination. Therefore, I will consider Mark as we have it ending at Mark 16:8.

Now, we are ready to consider the core of the initial claim: does Mark care about the resurrection?

First let’s consider the ending and then we’ll go from there. We should note that prior to chapter 16, Mark has already stated that Jesus was crucified (15:24, 25), that He had “breathed His last” (15:37), that Pilate had confirmed with the Roman centurion in charge that Jesus was in fact dead (15:44-45), and that he was laid in a tomb with a stone rolled against it. (15:46) Without a doubt, Mark has stated that Jesus has died by Roman crucifixion and been buried. Death? Check. Burial? Check. Resurrection? Let’s see. In our shortened and now correct version of Mark we first see that the stone which had been set in place is now rolled away (16:4). And as we get to the angelic proclamation, perhaps the grand finale of all that Mark has written, we read, “Do not be amazed; you are looking for Jesus the Nazarene, who has been crucified. He has been raised; He is not here; behold, here is the place where they laid Him. But go, tell His disciples and Peter, ‘He is going ahead of you to Galilee; there you will see Him, just as He told you.’” (16:6-7, emphasis mine, here and in all to follow) The next, and final, sentence ends with the women’s appropriate astonishment. So, here we have the final statements by Mark, affirming that Jesus’ body is not in the tomb, that it was the correct tomb (“here is the place where they laid Him”), that they will see Jesus again in Galilee, and, very importantly, that all this would be done according to what Jesus had said to them prior to his death and burial. Before we move on to that, I think that with just this proclamation at the end of his narrative we have sufficient evidence to affirm that Mark certainly cares about the resurrection of Jesus, and, in particular, that the resurrection of Christ and his body are intricately, or better yet, inseparably, connected.

But what about Jesus’ earlier references to his own resurrection? I’m glad you asked. Although there are many places where we could draw out Mark’s implications, let’s focus on just three consecutive chapters found in the core of his gospel where we will see some explicit texts.

Immediately following Peter’s confession that Jesus is the Christ (8:29), Mark states that “He began to teach them that the Son of Man must suffer many things and be rejected by the elders and chief priests and the scribes, and be killed, and after three days rise again. And He was stating the matter plainly.” (8:31-32) What is the plain understanding of a body being killed and then three days later rising? Sounds a lot like a bodily resurrection to me. Got a problem with that? Then get behind Jesus Satan! (8:33) One final note on this section is to consider Jesus’ use of the word gospel in verse 35 to follow. Clearly, Jesus connects His own death, burial, and resurrection to the gospel in complete agreement with Paul. (cf I Cor. 15:1-19)

We have another interesting reference to the Son of Man rising from the dead, a statement upon which the disciples “seize upon” as they “discuss what rising from the dead meant.” (9:9-10) Once again, we see that the disciples are having quite a difficult time, much like our own unbelieving generation, wrapping their heads around the plain meaning of Jesus’ resurrection.

But wait there’s more! Just a little later Jesus declares, “The Son of Man is to be delivered into the hands of men, and they will kill him; and when He has been killed, He will rise three days later.” (9:31) And in typical disciple fashion, “they did not understand this statement, and they were afraid to ask Him.” (9:32) By now we should at least come to realize that despite Jesus’ clear meaning the disciples themselves were rather ignorant of what he was saying due to their own interests and misconceptions. We should also note that, post-resurrection, we find them all in agreement.

Are you convinced yet that it’s undeniable that Mark had interest in writing about Jesus’ resurrection? Just in case you’re a stubborn one like myself, here is one last statement from Jesus, “Behold, we are going up to Jerusalem, and the Son of Man will be delivered to the chief priests and the scribes; and they will condemn Him to death and will hand Him over to the Gentiles. They will mock Him and spit on Him, and scourge Him and kill Him, and three days later He will rise again.” (10:33-34) As the entire description to follow clearly outlines the physical delivering over of the Son of Man, the physical condemning of Him, the physical mocking, the physical spitting, the physical scourging, and the physical death, why on earth believe that any other type of event is assumed in regards to Jesus’ resurrection? There is no reason. Nothing found in the text that is. It is only when we bring prior assumptions and forced readings to the text that we can even entertain such ridiculous hypotheses.

I hope this has convinced you, that if nothing else, Mark absolutely thought that Jesus’ resurrection was important and that there are all indications of this being a bodily and physical resurrection. Nothing else will do. Bad arguments form for countless reasons. Yet, thank God for reason and evidence (Acts 17) that can prove, beyond a reasonable doubt, that Mark, the earliest writer of a gospel, had a major focus on Jesus’ bodily resurrection. May we not follow the path of the pre-resurrection disciples by setting our interests on God’s and, by his grace, may we not fail to understand these plain statements and their implications. 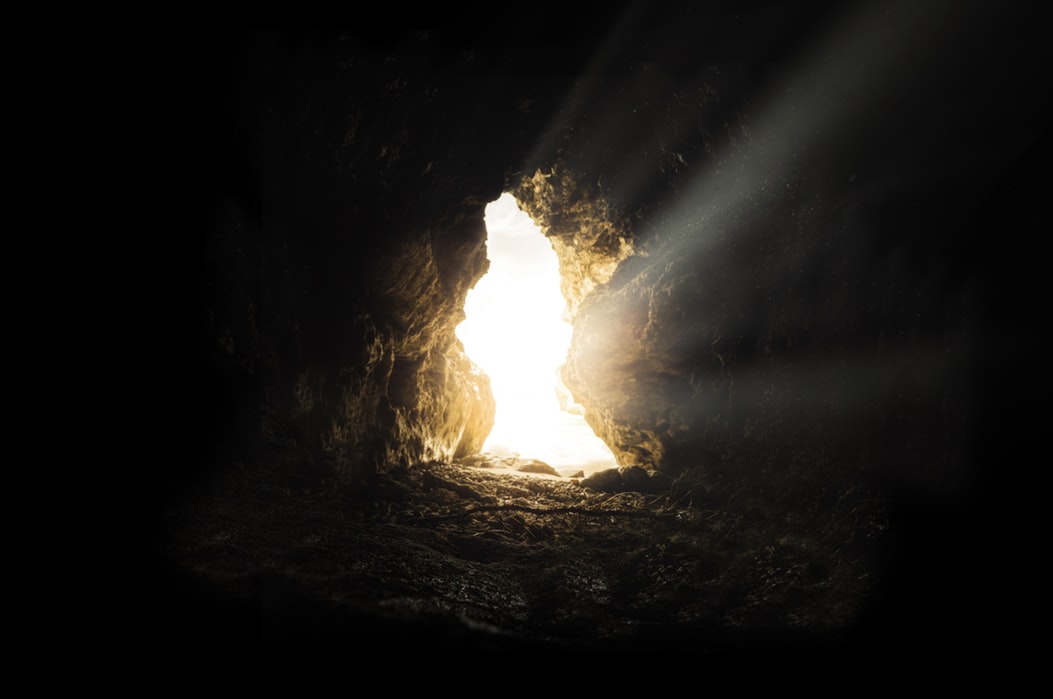 Various reflections on the Christian faith, with a particular emphasis on the intersections between science and faith. As well as a bit of creative writing occasionally thrown in from time to time. View all posts by Chandler