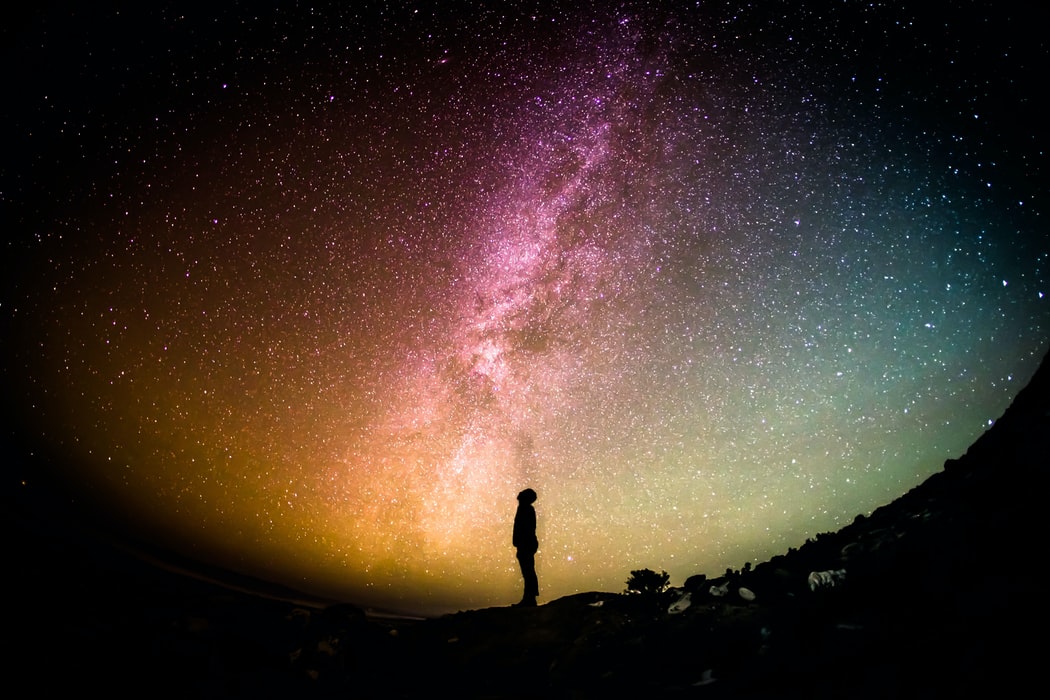 Dr. C. John Collins is a theologian who has captured my interest recently. Collins is a multitalented individual, as a brief glance at his resume will clearly show: Bachelors and Masters of Science from MIT, MDiv, PhD in Biblical Hebrew linguistics from Liverpool, former research engineer, current professor of Old Testament at Covenant Theological Seminary (Missouri), and a fellow at the Center for Science and Culture (connected with Discovery Institute, the Intelligent Design movements headquarters).1 Certainly, this is a man equipped to navigate Biblical studies and modern science.

What initially drew my attention to Collins, was not actually Collins himself, but a wealth of recurring references to his work in other science and faith dialogues. Including the likes of Kevin Vanhoozer2, John Corrid3, Lydia Jaeger4, and Vern Poythress5, Collins’ work was referred to positively time and time again. In addition, he has written the best known work defending a historical Adam and Eve,6 and is a well known defender of the historicity of Genesis against theologians like Peter Enns. I have been reading more and more of Collins lately, and besides him being the single most important apologist in my own personal studies (a label he typically doesn’t claim, at least not in his commentaries, to him he’s just doing exegesis and theology), one thing is still certain, he has helped me to read the Bible better; particularly, he helps me to approach and read Scripture on its own terms, not mine.

Part of reading the Bible well, and what Collins is a master at, is seeking the authorial intent. What was the author trying to communicate to the original audience? What literary forms was he using? How should that direct how we understand what this text means in relation to what it says? And, what is the scope of the truth claim being made, directly and indirectly, by the text? What boundaries does it create?

When dealing with Genesis 1, there is a conservative impulse that abounds in which it is believed that the literal interpretation of a text, which therefore must correlate with any form of literal science, is the “safe” or “clear reading” of the text. Immediately though, we must wonder why on earth we would believe that a literalistic reading is necessarily safe, when in other areas of Scripture, particularly those which refer to God in anthropomorphic language, interpreting such language literalistically will make you a heretic faster than you can say Arian (not to mention that Genesis 1 not only uses such language, i.e. God “resting”, but it is literally picturing God as if he was a human worker). Furthermore, the disciples of Jesus himself often misunderstand Jesus due their inability to cooperate with his non-literal way of speaking. Ultimately reading a text literally, without justifying that reading, fails to deal with the text on its own terms and fails to cooperate with the author’s intentions. Tim Keller shows us a better way to read the Bible with the respect it deserves, rather than assuming a literal interpretation:

As we consider how to approach Genesis, we need to keep in mind that our late-modern culture, whose air we breath, is still growing off of its hyper-rationalist, epistemologically confined, chronologically snobbish Enlightenment roots, which privileges scientific language higher than other forms of communication. Indeed, within an ideological atmosphere where even the legitimate transmission of meaning through language is being called into question, scientific statements still stand as our only hope of conveying anything resembling Truth. As philosopher Mitch Stokes poignantly puts it, “‘Scientifically proven’ is our new ‘Thus saith the Lord.’”8  Therefore, it is no surprise then that we find those who genuinely appear to be seeking to defend the Bible, and who even recognize the importance of the previously stated considerations regarding interpretation, saying rather startling statements like this as they interpret Genesis 1 literally:

From its first page I could see the Bible’s distinctions. The quantity and detail of scientific content far exceeded what I found in any of the other books. To my surprise, the scientific method was as clearly evident in Genesis 1 as in a modern research paper.9

But is that really a legitimate way to describe what we find in Genesis? Not considering if it might have scientific implications of some kind, does it really have both quantity and detail of scientific content? Certainly not. Here is just a brief and rather light example of modern scientific literature describing the beginnings of the universe:

13.8 billion years ago [the universe began] in an incredibly dense and high energy state called the big bang…. The universe expanded rapidly from that initial state almost as if it were an explosion… by 1 second the temperature dropped enough for the protons and neutrons that constitute the nuclei of matter as we now know to remain. Then, over the next approximately 10 minutes, the nuclei of the lightest elements, hydrogen, helium, and lithium were formed from nuclear fusion reactions, combining protons and neutrons together. That process is called the big bang nucleosynthesis. At the end of it the temperature dropped below what is needed for fusion reactions to occur fast enough to matter much, and the relative abundance of hydrogen and helium stopped changing. A little after 10 minutes, the lighter particles…10

Need we even open Genesis 1 to compare the two? By all means go to the text, but I believe it is obvious that, even when we consider the massive cultural differences that we have in comparison to the ancient Near East, we are not dealing with the same thing, we are not dealing with anything resembling modern science. But even more than that, ancient writers knew how to write technical literature, something at least resembling what we call science, and Genesis 1 is clearly not that type of work. Here we bring in C. John Collins who is helpful as he recognizes this massive difference and mentions how a forced literal reading will have us erroneously read these texts scientifically :

It is, in sum, an unacceptable literary confusion to treat the descriptions of the world in the Bible, and particularly in Genesis, as a kind of ancient science… Ancient writers knew how to speak technically as they needed to… The biblical material contains very little that resembles the technical and mathematical works of the Babylonians or the geographical depictions of the Herodotus… it may be true that, read literalistically, the texts do say these things; the prior question, of whether we should read them that way, hardly gets considered…11

When we consider and dwell upon the undeniable genre uniqueness of Genesis 1, that is, what we actually have in the text when compared to some of the other portions of the Bible12 (not forgetting that Genesis 2-11 share some of these features)13, we will actually see all of the reasons, as if there was any doubt, for definitively not reading this chapter as science; as well as the clear indications that the text is not speaking in such a way as to be understood literally. Instead of this narrow, modernly influenced, and misguided reading, we will see that the non-specific, poetic terms, that fill the pericope are allowing us to truthfully imagine God’s complex and overwhelming work in a way in which the simplest children and most intellectual elders can say, ‘Amen!’ We will get a glimpse of the indescribable love of a God who humbles himself to communicate with His children in such a way that allows them to understand, which is a but the smallest foreshadowing of that greater humiliation to come (Phil. 2:5-11). When approached this way, so many questions that are foreign to the text will remain in the background, where they rightfully belong, as we see “God… presented as if he were a craftsman going about his workweek.”14 With its allusive, patterned, praise-like-language, will we not marvel at the God who spoke and began history? Will we not hunger and ache for what was and for the promise of what will be?

If we come to the Biblical text on our terms, seeking our preferred literary styles and ways to communicate truth, then we will be met with endless frustration and angst. But there is another way. If we come to our sacred texts on the terms of their communicative intent, without forcing in either non-existent scientific language or requiring non-intended literalism, if we approach them while recognizing their own literary functions, we will truly be able to relish what we find in Genesis 1: a pictorial, accommodating, analogical, liturgical, and historical declaration of the unfathomable work of our Creator God. Oh the depths! Oh the riches!

We must guard ourselves from bringing our own terms to the Scriptures. We do not honor God by saying the Bible says something that it does not. Nor do we honor Him by sticking to a reading, because we think it is safe, or more conservative, or just a plain reading. We honor him by diving in completely and by embracing what is actually there. To become good readers of the Bible we must be so careful not to privilege scientific or literal language as a superior conveyer of truth. This can come in a variety of forms, from those who reject a rather clear demonstration of what the Book of Nature declares insisting the Book of Scripture says otherwise, all the way to those who outright reject the Bible as the standard of Truth by treating it in a way it was never meant to be handled. As Collins, along with his partner C.S. Lewis, reminds us that:

Skeptics and “Bible-science defenders” share an assumption in common, namely, that scientific language is the most accurate and therefore the most truthful kind of discourse; and then it follows that for the Bible to be true, it must address these scientific questions. I count this assumption inadequate for real life. The assumption also leads to hermeneutical problems, as C.S. Lewis identified in Chalcidius, a medieval scholar who translated Plato into Latin:

“His admitted principle of interpretation was one which makes an author more liable to be misrepresented the more he is revered. In hard places, he holds, we must always attribute to Plato whatever sense appears “worthiest the wisdom of so great an authority”; which inevitably means that all the dominant ideas of the commentator’s own age will be read into him.”

The defenders of the Bible will have to guard themselves from this temptation.”15

None of this is to say that there may not be implications gathered from Genesis that do have a true relevance to what we believe about the world, even if these matters are those within disputed scientific areas. That there was a true beginning of the universe and that humanity shares a common origin are just two examples of relevant considerations that can be demonstrated to genuinely arise from within the text itself. Yet, we must shake this modern tendency that approaches Genesis as scientific material. By doing so we not only misinterpret and misuse God’s Word, but we put stumbling blocks in front of doubting believers and unnecessary barriers to belief in the way of searching skeptics.16

God could have begun the Bible with a detailed scientific description of the universe, just as I could tuck my kids in bed at night and tell them that they are mammals whose genetic identity arises from a combination of my DNA and that of their other progenitor. These statements are true. They communicate useful information that I would like my children to learn in the coming years…. But right now, it’s more important for my children to know that I am their mother and I love them. In fact, if I gave them the scientific information without the relational information, I would be robbing them of the truth and utterly failing to meet their needs.17

Photo by Greg Rakozy on Unsplash