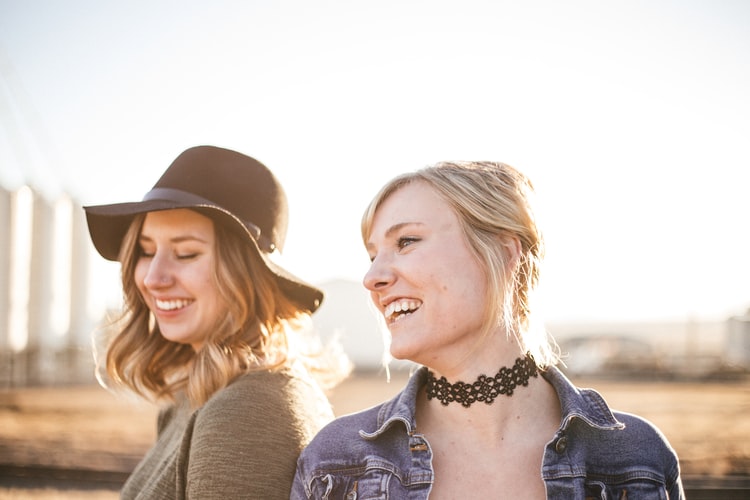 Despite a general sense in our wider culture that Christianity is somehow anti-woman, I’ve never found this belief to carry much weight. That said, I know many Christian women have struggled with this general idea, so I by no means seek to diminish what some have experienced in their walk with Christ. I understand that I’ve never really had a deeply personal stake when considering the fact that women do have limited options when it comes to serving in ministry or that women may be more likely to wrestle through some of the difficult Old Testament passages that describe (without endorsing) some horrible mistreatment against women.

Yet, when taking a wide angle look at the overall question of Christianity’s attitude toward women, I’ve just found the evidence overwhelmingly in favor of a positive, woman-affirming, belief system. The equality of the image of God bestowed upon Adam and Eve, the mind-boggling fact that a woman literally carried God incarnate within her womb, Jesus’ mercy towards and inclusion of women throughout his ministry, the stunning fact that the Gospel’s include women as the first witnesses to Jesus’ resurrection, the radical commands given by Paul to men in relation to how they are to treat their wives, and the deck could continue to be stacked in affirmation.

In fact, the deck is so stacked that we often miss some pretty solid cards, even ones that we’ve had our hands on for years. Recently while listening to a lecture by Jo Vitale I was surprised to be shown yet another example of a radial pro-woman statement made by Jesus, within a text I’ve gone through many times. The text is Matthew 5:25-26 and is found in the Sermon on the Mount, it states:

“You have heard that it was said, ‘You shall not commit adultery;’ but I say to you that everyone who looks at a woman with lust for her has already committed adultery with her in his heart.”

It can be difficult to notice why this is such a multifaceted radical statement, until now I merely assumed it was a radical teaching on the requirements of the Law. Because we are so ingrained with the overall assumption that men and women should be treated equally, we so often fail to recognize that the primary historic influence for this has come through Christianity, that it is a result of texts like this.

When we step into the world in which Jesus walked we find ourselves in a highly chauvinistic society, whether pagan or Jewish. As Jesus held the Old Testament in the highest regard, the fact that he held such a positive view of women, surely should prove that at least he believed the Jewish leaders of the day had been misinterpreting the Scriptures. In that day, it was believed that women were to blame for a man’s lusting, similar to how traditional Islam functions today (ie. A woman must cover herself extensively to keep men from lusting). To get a taste for the prevailing Jewish perspective of the day, here is a quote form an the apocryphal book of Reuben written in that general time period:

Evil are women, my children; and since they have no power or strength over man, they use wiles by outward attraction, that they may draw him into themselves. And whom they cannot bewitch by outward attractions, him they overcome by craft. For, moreover, concerning them, the angel of the Lord told me, and taught me, that women are overcome by the spirit of fornication more than men, and in their heart they plot against men; and by means of their adornment they deceive first their minds, and by the glance of the eye instill the poison and through the accomplished act they take them captive.1

Enter Jesus, and the paradigm flips. Instead of women taking the heat, men are charged directly with the sin of adultery for their own lusting towards women. The primary problem with male lusting arising from within the man’s heart. If they’ve really got a problem they can cut their own eyes out, they can chop off their own hands (5:29-30). The implications are so easy to miss as they aren’t the primary function of the text, yet when considering the Christian Scripture’s attitude towards women, texts that overthrow an entire oppressive cultural paradigm by merely its implications can’t lightly be dismissed.

Furthermore, there is an important lesson here for our own churches. When men are struggling with lust, our first thought, and our first accusations, must not follow the way of Reuben but the teachings of Jesus Christ. We are to see the problem within our own hearts long before we address whatever, or whoever, is beyond us. This isn’t to say that their is no Christian teaching on women dressing modestly, there is. But it is important that men, including myself, are oh so careful when saying who is to blame for our struggles with lust. The culture may parade women before us, there may be sisters in our churches who perhaps could show us some more love by showing us less skin, but ultimately no matter what passes before our eyes, it is in our heart where Jesus places the blame; it is our eyes that we are called to tend to first and foremost. All of this is just one more wonderful reminder that, “No one who uses the Bible… to justify chauvinism, abuse, or denigration of women has looked at Jesus.”2

One thought on “Jesus’ Paradigm Shifting Views Towards Women”