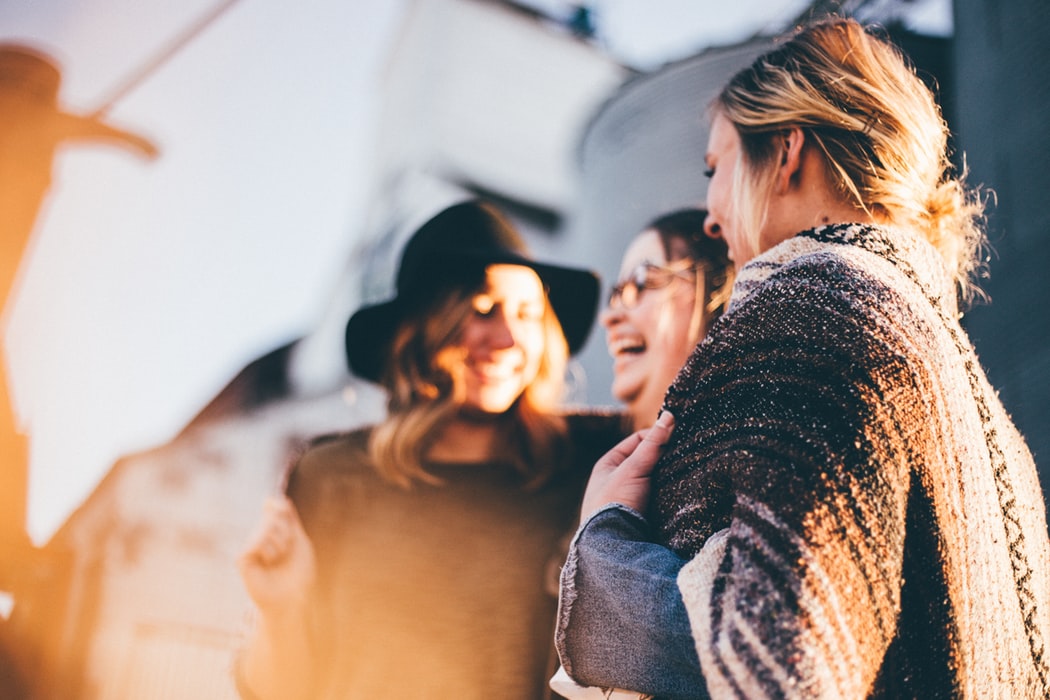 It’s something almost every evangelical who takes their faith seriously wrestles with. When we’re in a social setting, particularly one in which we’re surrounded by nonbelievers, what’s an allowable amount of flexibility for humor to form healthy relationships and what crosses the line of fidelity to Christ before all others? At what point should a believer leave a raunchy discussion at work? At what point, if any, should a believer actually protest a conversation in a secular environment? How much should we overlook what violates our own moral principles, so as not to judge non-Christians nor disassociate with them? (cf I Cor. 5:9-13)

Have you felt that tension? If not, may I be so bold as to say that I believe there is almost certainly a problem with that, unless, of course, you have simply mastered the subject at hand. If social mastery is absent from your resumé, and yet you’ve not felt this tension, then I believe the problem may lie on one of two poles. The first, would be that you have isolated yourself (in a non-Corona virus kind of way) into a tightly woven Christian subculture that is not learning to interact with outsiders and therefore not being an effective witness for Christ by actually having people within your circle to witness to (Not that that should be the only reason to have others in your circle, we simply ought to value them as people to be known). The other end of our problem would be if we are not taking our faith seriously enough to even recognize this present topic as a struggle to be had. I believe such a person would benefit from far more time in God’s Word.

But perhaps you’re like me, you’ve felt this tension, yet you’ve also come to realize how often you fail to handle these types of social settings with a judicious amount of wisdom and a fervent amount of love (praise God for the Gospel!). As is the case on so many fronts, C.S. Lewis is ready and waiting to offer a wealth of practical wisdom.

Drawing on the wisdom of the Psalms, Lewis first has us recognize the general truth, that, when possible, we ought to avoid meeting with a certain type of blatantly, unabashed, people who are “bullies, lascivious, cruel, dishonest, spiteful and so forth.”1 Because we, as Christians, are better than such people? Oh no, I do not believe we will have understood Christianity very well if that is our reason. As Lewis reminds us, “Not because we are ‘too good’ for them. In a sense because we are not good enough. We are not good enough to cope with all the temptations.” Indeed, “The temptation was never greater than now when we are all (and very rightly) so afraid of priggery or ‘smugness’.”2 No one wants to be “that kind of Christian.” You know the total buzz kill, the one who literally gets enjoyment out of making others change because they’ve walked into the room. How quickly what can look like the lofty peaks of Christian morality can morph into wretched Legalism.

Nevertheless, when we have not avoided a conversation that calls harmless the vile, inundates the atmosphere with the gossip surrounding those not present, and where the sacred is mocked, all in “good fun” of course, what is a Christian to do? In one sense, if we just join in, are we not “encouraging [the unbeliever] to believe that ‘those Christians’, once you get them off their guard and round a dinner table, really think and feel exactly as [they] do”?3 Will such behavior not imply that God demands nothing of humanity? That the secular man or woman is merely walking in the same manner that God, if He even exists, is requiring of those who follow Him?

What a barrier to the Gospel. Without any sense of the moral difference between the world’s ethics and those of the living God (think Matthew 5-7) we believers shall not appear like lights shining on hill, but will merely shine with the luminosity of a dying Android. Unless unbelievers get any sense of the Law, the Gospel will make no sense at all.

And yet, is there not that counter problem, that endless stream of objections and snobbery that “may also confirm some of their worst suspicions of ‘those Christians’. We are just the sort of ill-mannered prigs they always said.”4

There is a real temptation to mistake the secular work place for a Christian church and to hold those of the former to the same standards of those of the later. This must not be. (again, cf I Cor. 5:9-13) We damage the Church’s witness if we insist that nonbelievers live as Christians. Such forced subjection to Christian norms is far from a true Gospel herald.

Sometimes, if not many times, in such situations, “silence is a good refuge.”5 Though it does not affirm, it neither over pressures the forming of a true friendship. Confidence in our own faith, can lead to a confident patience in such settings. Although, sometimes a genuine and friendly argument is called for, and at times, “discussions of real interest may follow.”6

And yet, there is also a time, in which the “degree of evil” requires that “a protest will have to made.”7 When the brutality crosses the line of anti-human, the cynicism directed at one’s own faith is obvious, or there is another neighbor who is bearing the weight of a verbal attack (even if the claim is of “good fun”), then the believer, as a disciple of the Lord Jesus Christ, has no options. And, “If [the protest] can’t be done without seeming priggish, then priggish we must seem.”8 There is a line, even when doing one’s best to navigate the secular world with great wisdom and prudence, when a believer’s hand will be forced. First and foremost, we follow Christ. There is a time to make that known and to let it be seen. Not in self-righteousness with a pompous chin held high, but in love and faithfulness with a hand extended in defense of the weak or our Lord.

To a large degree what needs to be examined is our attitude. “If we sufficiently dislike making the protest, if we are strongly tempted not to, we are unlikely to be priggish in reality. Those who positively enjoy, as they call it, ‘testifying’ are in a different and more dangerous position.”9 If we are more likely to stay silent, we ought to be on guard against that. If we are more apt to pick a fight, may we seek to stay our hand when winsome wisdom calls for it. Navigating this world as pilgrims in a foreign land, pilgrims that ache to make some fellow travelers along way, is not easy. May God the Father, give us grace in the name of Christ the Son, by the power of the Holy Spirit, to be as “wise as serpents and as innocent as doves.” (Matt. 10:16)

One thought on “To Laugh or Not to Laugh? C.S. Lewis’ Social Wisdom”