In some circles (typically within Pentecostalism) there is an idea that a Christian, perhaps only a true Christian, can “see” Jesus. A group of people may be told to close their eyes and picture Him, inviting Him to show Himself and to guide or comfort them through this type of vision. It is generally understood that this is a spiritual practice that will bring one closer to Jesus or may even be a distinguishing mark of a real believer. I believe that when we look at what the Bible says about this (and doesn’t say) we see that this practice, far from being a way to grow spiritually, is against what the Bible teaches we should expect and is, quite frankly, a dangerous practice.

There are several reasons that Christians should not expect, nor even attempt to see Jesus in this fashion, the first of which I believe to be the most obvious1: “We walk by faith and not by sight.” (II Cor. 5:7) In this sense believers, while present in the body, (ie this present life) “are absent from the Lord.” (II Cor. 5:6) Consider especially what the Apostle Peter wrote to various Christians when he described their faith, hope and belief in Jesus: “though you have not seen Him, you love Him, and though you do not see Him now, but believe in Him, you greatly rejoice.” (I Peter 1:8) Just prior Peter writes about “proof” of faith and refers to their perseverance as believers during “various trails” as that proof, not some form of a vision of Jesus. In fact, he clearly implies that “belief” is directly related to not seeing Jesus now. Even when Jesus was present in His physical resurrected body He declared to Thomas “Blessed are they who did not see, and yet believed.” (John 20:29) Clearly, Scripture is packed full of statements that help us to see that Christians should not expect to see Jesus in the way that many claim to see Him.

Furthermore, such seeing is dangerous as it is considered to be a fruitful spiritual practice yet it is no where endorsed in Scripture and as noted above goes against what Scripture teaches. In fact, the Apostle Paul wanted the Corinthians to “learn not to exceed what is written, so that no one of you will become arrogant in behalf of one against the other.” (I Cor. 4:6) Trying to “see” Jesus is going beyond what Scripture teaches and surely will lead to a sort of puffed up attitude that comes from receiving supposed special revelation. Indeed, Paul, under the inspiration of the Holy Spirit (II Tim. 3:16), further warns against those who would defraud by “taking his stand on visions he has seen, inflated without cause by his fleshy mind.” (Colossians 3:18) It was not for nothing that the Apostle John warned believers to “not believe every spirit, but test the spirits to see whether they are from God.” (I John 4:1) Should we really trust any kind of spiritual information that is coming from a practice so contrary to the Bible?

Yet there are still more reasons why believers should immediately abstain from this practice and with this one we are on the edge of heresy. As followers of Jesus we believe that He took on human flesh in the Incarnation. (John 1:14, One person in two natures) When it comes to this fact the Apostles defended doctrines related to the physical body of Jesus Christ to the point of declaring those who opposed them as being under the spirit of anti-Christ. (I John 4:2-3) Within these groups that are supposedly seeing Jesus the people then describe His physical features and typically no one is describing the same man! The incarnation demands that Jesus have one physical appearance so to have Christians describing a different looking Jesus in their visions is dangerous territory.

Are you convinced yet? I hope so, but there is still one more important reason that this practice needs to end and that relates to Jesus’s bodily return. Although there is much debate about the finer details of Jesus’s return all Christians are in agreement that Jesus is bodily retuning to “come again to judge the living and the dead.” (Apostles Creed) How is this related? Christians are to wait eagerly as they are “looking for the blessed hope and the appearing of the glory of our great God and Savior, Christ Jesus.” (Titus 1:13) Indeed, we should be praying with the Apostle John, “Come, Lord Jesus.” (Revelation 22:20) So what should Christians be longing to see? The bodily return of their King, not some un-Biblical vision of Him.

With faith we wait to “see Him just as He is.” (I John 3:2) By faith “we hope for what we do not see” and “with perseverance we wait eagerly for it.” (Romans 8:25) Christian, I plead with you not to adopt a spiritual practice so contrary to the Word of God and so against the Biblical model for what it looks like to express faith and belief in Jesus. He is coming. We will see Him. With faith we wait for that sight.

Citations: I would like to thank Robbie Andrassy at https://randrassy.wordpress.com/ for bringing this point to my attention. 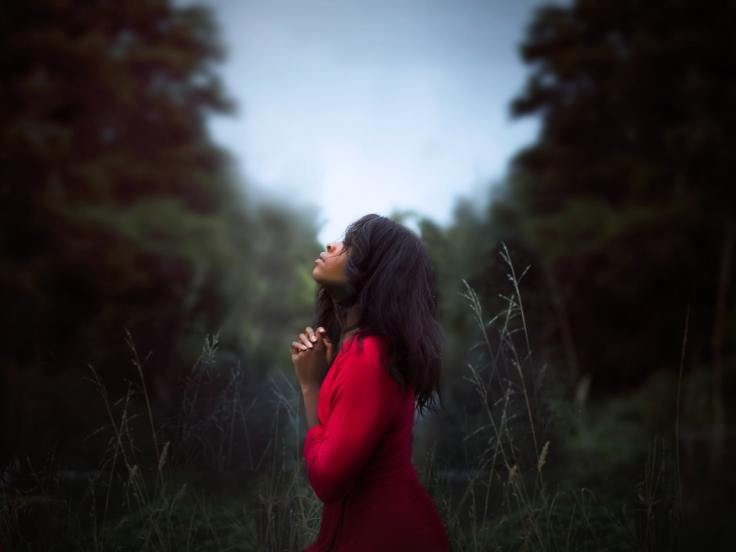 Photo by Diana Simumpande on Unsplash